Kentucky County to Be the Focus of New MTV Series

Based on any number of blogs I’ve read, many media/entertainment/pop culture analysts seem to line up the beginning of reality television, as we know it today, with the premiere of Survivor in 2000.

Well, MTV has a good argument if there were to wage a debate.

Real World premiered on MTV back in 1992 and it featured a very familiar face–to this tri-state locale–in Owensboro’s own Jon Brennan.

So you might say that MTV is “returning” to the Bluegrass State with its documentary series called “Made in Kentucky.”

Debuting this summer, MTV’s latest reality offering will focus on a group of friends in tiny Elkhorn City, Kentucky in Pike County, not too far from the Virginia and West Virginia borders.

While Elkhorn City’s mayor is a bit nervous about how his community will be portrayed–the Louisville Courier-Journal reports that he’s conveyed his concerns to the Appalachian News-Express–MTV assures that his fears are needless and that real lives will be portrayed.

MTV shopped several Kentucky colleges for cast members for “Made in Kentucky” which will premiere in July and air on Thursday nights.

This activity is no longer available.

How Would You and Ten Friends Like a Private Concert from Luke Bryan?

Best of the Web

Get access to exclusive contests, giveaways, and benefits! Give feedback, play games & trivia, and earn points to get closer to those rewards! 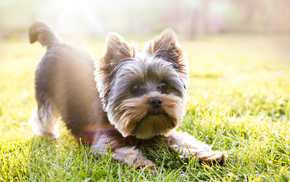 Welcome back to The BKR Bunch

It appears that you already have an account created within our VIP network of sites on . To keep your personal information safe, we need to verify that it's really you. To activate your account, please confirm your password. When you have confirmed your password, you will be able to log in through Facebook on both sites.

*Please note that your prizes and activities will not be shared between programs within our VIP network.

Welcome back to The BKR Bunch

It appears that you already have an account on this site associated with . To connect your existing account just click on the account activation button below. You will maintain your existing VIP profile. After you do this, you will be able to always log in to http://wbkr.com using your original account information.

*Please note that your prizes and activities will not be shared between programs within our VIP network.

Please fill out the information below to help us provide you a better experience.

The BKR Bunch brought to you by:

The BKR Bunch brought to you by:

Sign up to have exclusive The BKR Bunch contests, events, coupons, presales, and much more delivered to you for FREE.
Like Us on Facebook
The BKR Bunch brought to you by:

Thank you for your request.